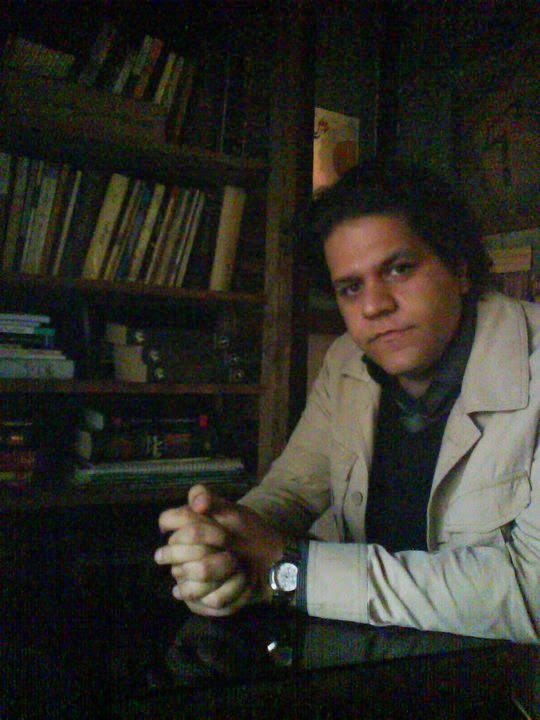 Ehsan Saboohi
Ehsan Saboohi (September 25th, 1981 – Tehran), belonging to the new generation of contemporary Iranian composers, pursues his musical experiences in three different fields of contemporary music namely Experimental, Eye Music and Free Tonal.
Academic Background M.A. in Composition (Contemporary Music), Art University of Tehran, 2009.
B.A. in Music (International Instruments: Saxophone), Faculty of Art and Architecture, Islamic Azad University, 2005.Music diploma (Iranian traditional Instruments: Santour), Sooreh School of Music, 1999.In 2012, Ehsan Saboohi received the Diploma of Honor from Kharkov Conservatory, Ukraine.
He has been teaching principles of Composition and Harmony in University of Applied Science and Technology, and Tehran Conservatory since 2008.
His latest works and commissions of recent years include
14 Music-Haikus for Piano (performed by Hoshyar Khayyam), 2013.Metamorphosis for piano (performed by Hoshyar Khayyam), 2013.The First Snowflake for Harp solo, admitted in Composition for Harp Contest, performed by JasminCowin at Jan Hus Church, New York, 2013.Leyli and Majnun for Oud, admitted in Composition for Oud Contest, performed by Marina Toshich.Makhoola for Trumpet and Piano (in memory of NimaYushij), (admitted in the first Spring Festival of the Art University of Tehran).Prelude for Guitar, in memory of Shostakovich (performed by Ailin Arjmand), prized work in the first composition contest of the site “Free-Scores”.Farewell Sonata for Clarinet (premiered by Amin Ebrahimi, second performance by Len Anderson in New York and published in the album “Goosh 5” by Mahriz publication, third performance by Roman Korobko at the festival of contemporary music, Ukraine).Folk Songs for Oboe ensemble (performed by Agrupacion Musical Ubetense in Santa Cicilia Conservatory, Rome).Three Music-Haikus for Piano (performed by Nicolas Horvath, France).Nocturne for Violin and Guitar (performed by MaziarZahireddini and AilinArjmand, Roudaki Hall).Suit for Guitar Duet (performed by MehrdadPakbaz and AilinArjmand, German Embassy, Tehran).Metamorphosis based on a theme by Paganini (performed by KavehSalehi).The Silence of Sorrows for Guitar Quartet (performed by 4th Augmented quartet).Folk Songs for Saxophone quartet (performed by Len Anderson Ensemble). 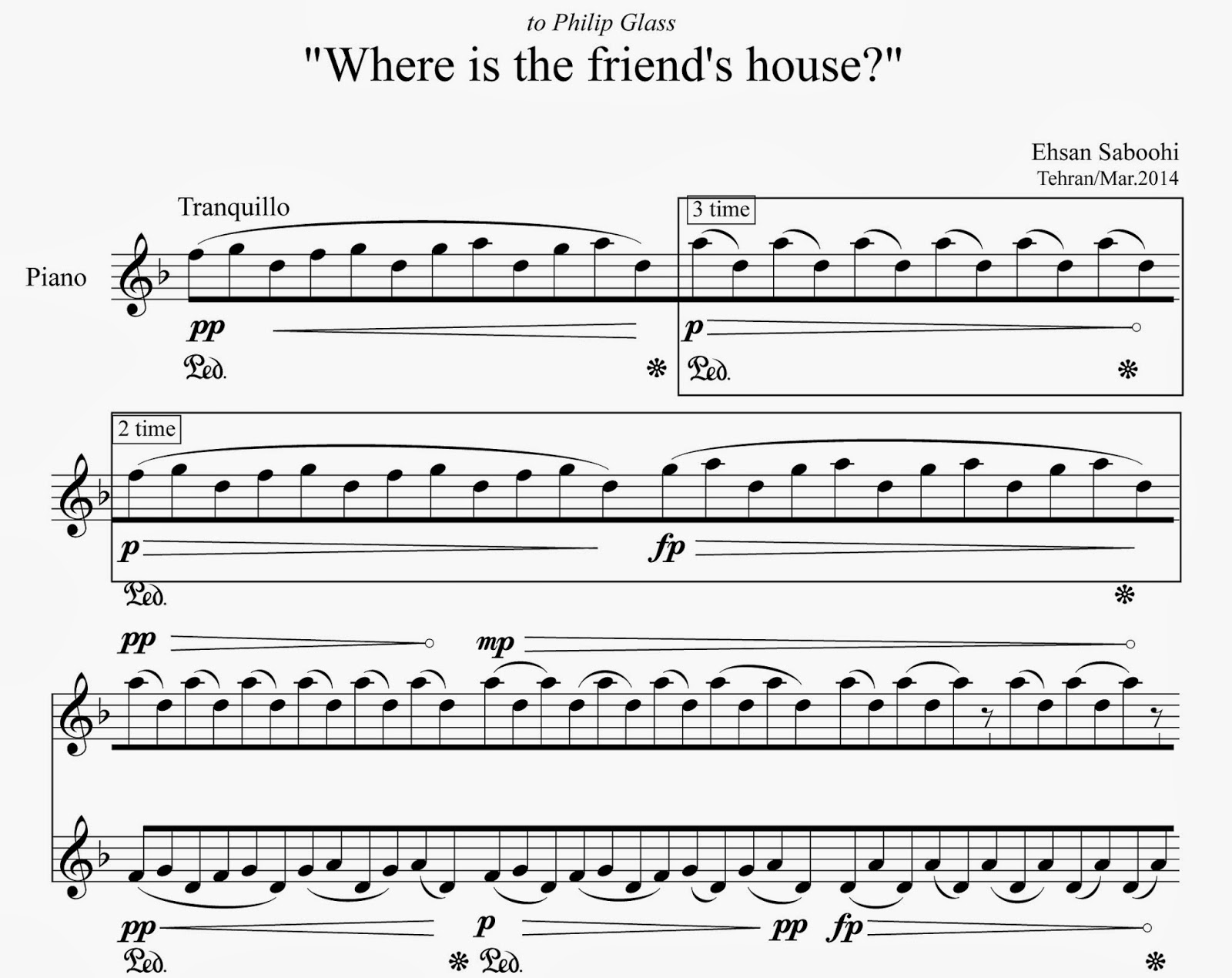 Where is the friend's house?
(by the composer himself)

“Where is the friend’s house?”
The rider asked in the twilight “Where is the friend’s house?”
Heaven paused
The passerby bestowed the flood of light on his lips to darkness of sands
And pointed to a poplar and said:
“Near the tree
Is a garden-line greener than God’s dream?
Where love is bluer than the feathers of honesty
Walk to the end of the lane, which emerges from behind puberty
Then turn towards the flower of solitude
Two steps to the flower
Stay by the eternal mythological fountain of earth where a transparent fear will visit you
In the flowing intimacy of the space you will hear a rustling sound
You will see a child
Who has ascended a tall plane tree to pick up chicks from the nest of light?
Ask him
Where is the friend’s house?
Poet: Sohrab Sepehri