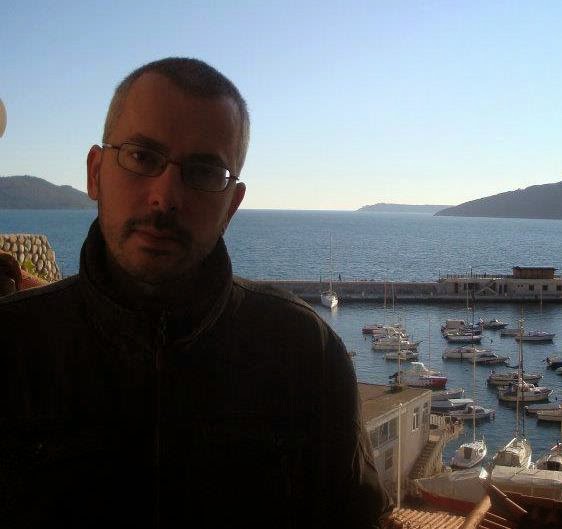 Montenegrin composer Aleksandar Perunović (1978) was graduated and postgraduated from Music Academy in Cetinje (Montenegro), Department of Composition, under prof. Žarko Mirković. He also attended several domestic and inernational music seminars: Internationale Sommerakademie in Austria (with Kurt Schwertsik [2003] and Detlev Müller-Siemens [2005]), Winter school Contemporary music in Dubrovnik (Croatia, 2006), and master-classes/workshops in Novi Pazar (Serbia, 2001) and Belgrade (with Reinhard Febel [2006] and Nebojša Jovan Živković [2008]). His compositions have been performed in Montenegro, Serbia, Croatia, Austria, Germany and Netherlands by domestic, regional and international performers: Leopolis Strings (Ukraine), ensemble on_line (Vienna), Sonemus (Sarajevo), female academy choir Collegium musicum (Belgrade) etc. In addition to composing, he is also engaged in music theory and analysis, and the works in this field was presented at the Seminar of Chamber Music in Podgorica (Montenegro, 2008) and the 9th international conference Music Theory and Analysis in Belgrade (2011). Since 2003 he teaches several music subjects at the Music Academy in Cetinje (mainly Musical Forms and Aranging), and also is a member of Montenegrin Association of Composers, Department of Music Art in Montenegrin Academy of Sciences and Arts, and Montenegrin Organization for Collective Management of Music Authors’ Rights. Currently, he attends doctoral studies of composition at the Faculty of Music Arts in Belgrade, under prof. Srđan Hofman. 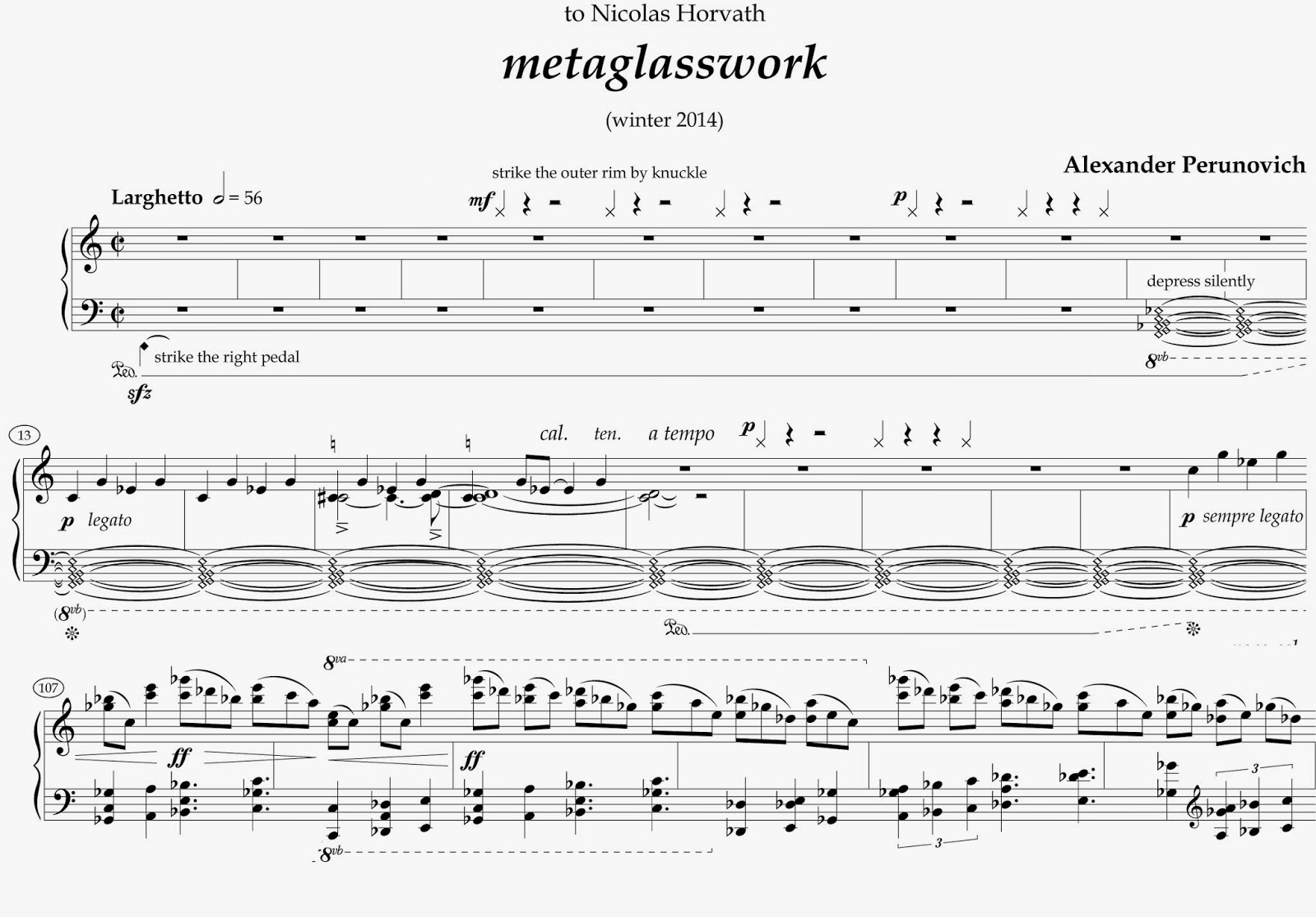 Composition metaglasswork is some kind of a radical de(con)structive „variation“ on the Philip Glass’ theme Music Box from the movie Candyman. It consists of three sections: slow (Larghetto), fast (Presto ed inquieto), and slow (Andantino). The first section is based on tonic c-minor triad from the accompaniment of the theme. The appearances of this triad are blurred and intersected by sounding of „silence“ (harmonics), as well as harsh quasi-cluster chords. From this part of the piece gradually emerges middle section which, among others, brings motion that is distinctive for Glass’ music in general: continuous repetition of broken minor third. However, this repeatead interval sounds – quite contrary to Glass – somewhat disturbingly, and soon turns  in almost agressive , threatening sound. Last section of the piece is some kind of an epilogue. Initial fragments of main melody of mentioned Glass’ piece – foreshadowed at one point of middle section – now appears, but in a quite unexpositional way: they „float“ and fade away on an „inappropriate“ harmony. And finally, at the very end of the piece, one can hear „distant“ (pizzicato) broken c-minor triad…